Six years ago, I went to the Oktoberfest with my wife and one of our best friends who happens to be a photographer as well. We decided to bring our cameras and ended up taking some interesting photos throughout the evening. My favorite photo, however, was the one below: this couple in front of our table clearly had a few beers too many. It was hilarious to watch and there was no shortage of Kodak moments. All except for the one below remain hidden from the online world (I don’t think it would be fair to post anywhere). I liked the photo so much, that I submitted it to a Munich photo site at that time (the site does not exist anymore, unfortunately). As luck had it, I won the ‘photo of the day’ price. 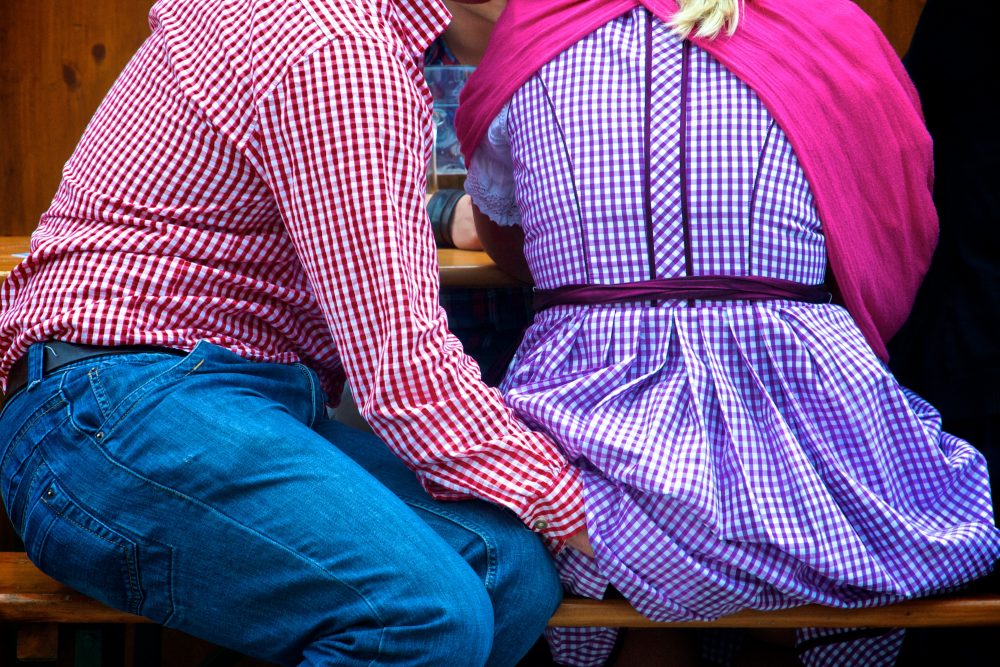 In an attempt to be funny, I had submitted the photo with the title ‘Pickpocket’. But Germans don’t do comedy, sey do do beer.  The next day, I checked to see if people had commented on the photo. Well, a few actually had. But it wasn’t about the photo but rather the title.

“What do you think he is doing there?”

Oh well…what remains is the memory and the photo which still amuses me.