Everybody who has seen a ski jumping facility in real life would agree that it’s an intimidating sight. Standing on top of the jump is even scarier. And let’s not even talk about actually jumping down. And then there is Red Bull who had a totally crazy idea about this: why not turn the ski jump upside down? Well, not literally. Sort of. They decided to initiate a race called Red Bull 400 during which you have to run up the entire slope of the ski jump. Sounds like fun? It’s only 400 meters (one lap on the track). But you have to conquer close to 200m/ 660ft of climbing. Red Bull therefore calls it the ‘hardest run of your life’. This weekend I had the ‘pleasure’ of testing whether this is true. 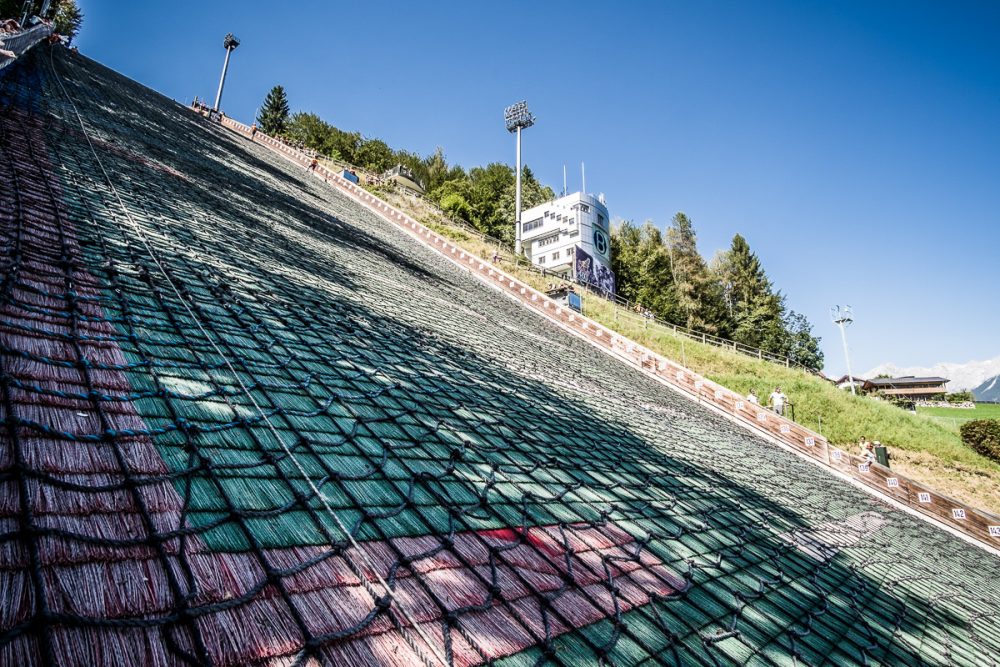 I managed to get a spot for the race which was hosted in the Austrian town of Bischofshofen. It features one of the most famous ski jumping facilities in the European winter sports circuit. Driving up to the stadium is gorgeous as it is nestled amongst a stunning mountain range. Unfortunately, the day also turned out to be the hottest day of the year with temperatures around 36C/ 97F. Nevertheless, the stadium was buzzing with excitement and Red Bull did an awesome job entertaining & feeding people. 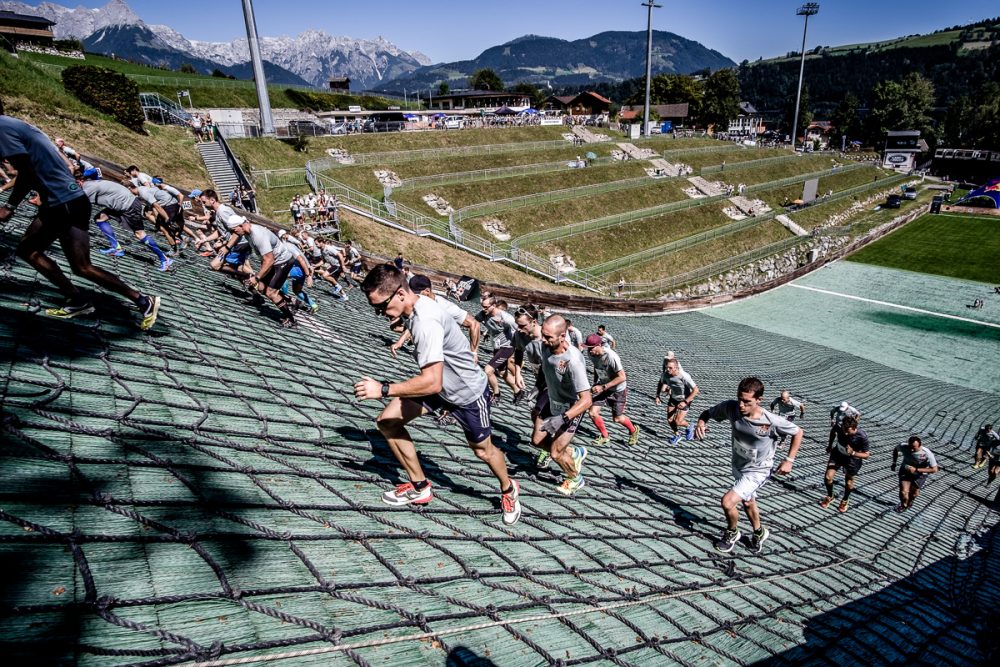 Running up a ski jump is not your average experience. The first 100m are basically flat before the slope turns up like a wall in front of you. The next 100-200 meters are ridiculously steep. As a matter of fact, the gradient is so extreme that the Red Bull 400 team put a giant fish net over the course to allow runners to hold on. Support personnel was suspended on ropes along the sides. As you leave the landing area, the slope eases up a bit and you have to take a ramp to get up on the ski jump tower. Running up the tower then get’s more difficult again. You run along the ski track where the jumpers gain speed before launching themselves. The finish line is in the little house at the very top. There are a bunch of bean bags to allow the athletes to collapse. 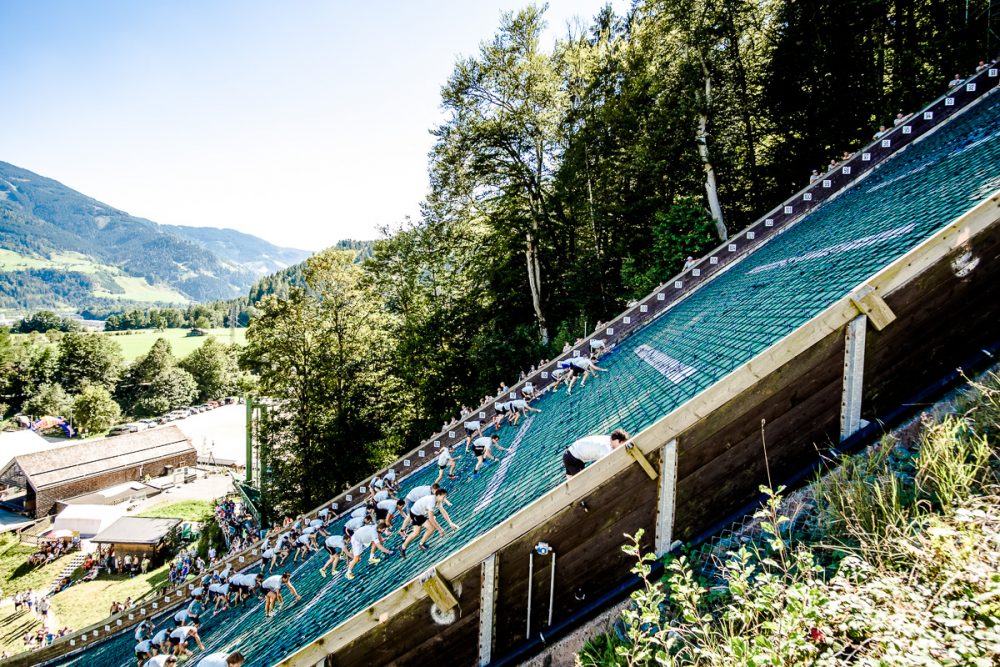 Watching the Red Bull 400 race is spectacular and great fun. Racing it is painful. Extremely painful. As an avid runner and biker, I have never experienced such an intense five minutes. The Red Bull 400 race left me utterly exhausted like no other race has done before. I have biked some of the steepest and longest mountain passes and run a bunch of half-marathons and trail races. While many of these were tough nothing competes to the excruciating feeling of exhaustion that I felt during the Red Bull 400. It’s a different experience and you have to do it to believe it. The depletion of your energy goes shockingly quick. You go from ‘yeah, awesome’ to ‘holy shit’ within just 1 minute as the slope turns vertical. The last 100m were a blur for me. Collapsing at the finish line has never felt that great before. 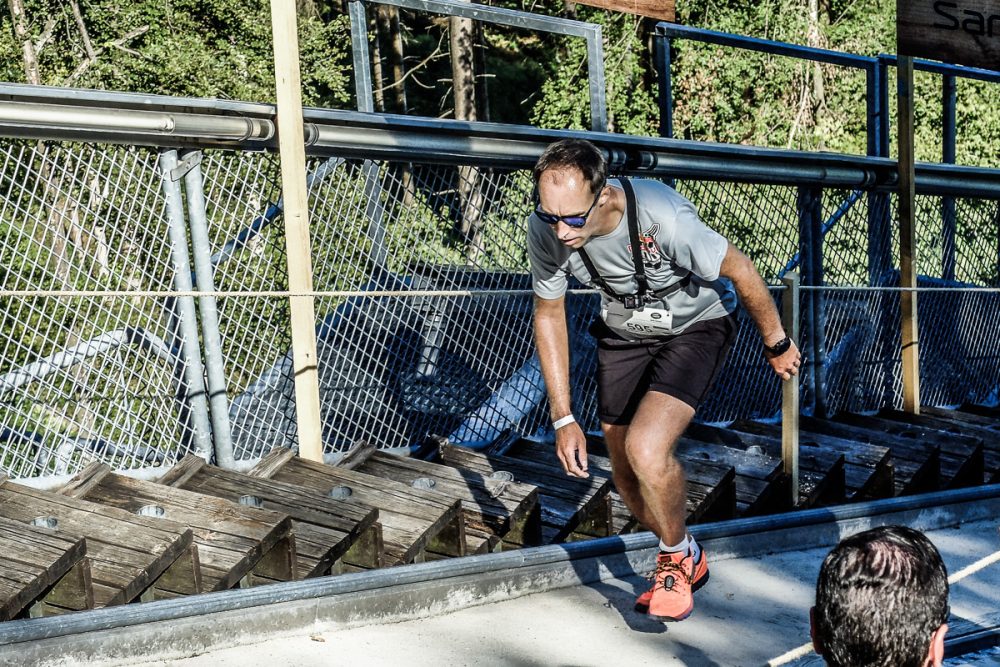 The following two videos provide an overview of the competition. The first one represents the official Red Bull 400 coverage and does a super job of capturing the excitement and suffering of the race.

The second video features my own coverage taken with a Go Pro Session.

The Red Bull 400 race was an amazing and fun experience. Major kudos to the organizers. Would I do it again? Not sure, yet. Running a half-marathon or biking steep mountain passes is more enjoyable to me and fits my talents better. Yet, things like these tend to push you further and I would not want to miss this. Highly recommend trying it.

The hot and epic day was topped off by an equally amazing starry night close to the ski jump. 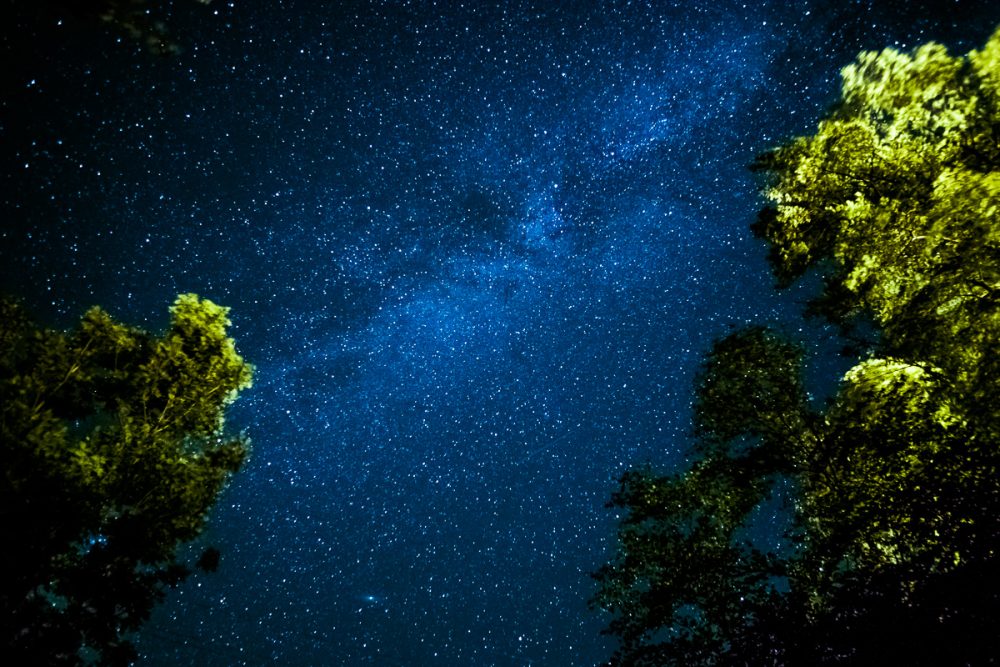 All photos taken with a Go Pro Session and the Fuji X-T1.