Vacations are always an exciting time for photographers: lot’s of new and exciting stuff to explore and most importantly time to pursue your passion. However, many people return with disappointing results. I have certainly had my fair share of this. While there might be a bunch of pleasing compositions in the final album, many photos fail to impress. One of the main reasons for that is most likely related to light. The quality of a light plays a major role in the creation of a beautiful photograph. It’s an important element that is easy yet difficult to control. 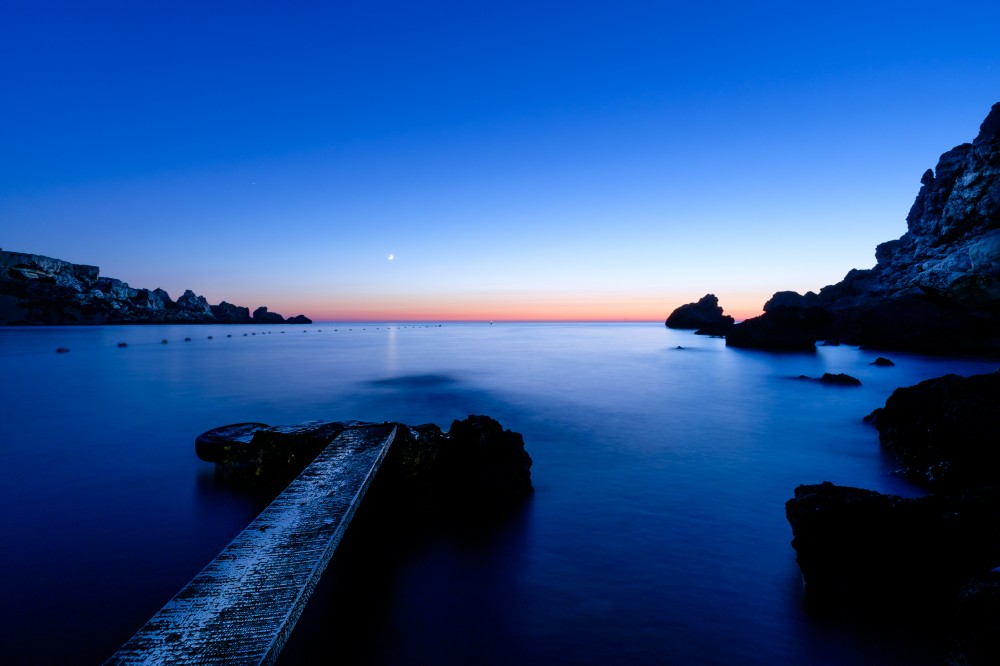 Fitting photography into your vacation schedule is sometimes a bit tough: your family counts on you being there, touring and activities restrict your timetable etc.. As a result we end up in places during times when the light is anything but favourable. A remedy for that is to simply put more control around your photography schedule. Rather than coming home with a lot of mediocre photos, you can focus on just a few. One thing I really like to do is to scout out locations during the day. Once I have have found an interesting scene, I come back when I expect decent light. It usually does not take that much time but the results are much better. Take a look at the photo below. We discovered this spot on a recent trip to Malta. You can see the famous blue lagoon, the island of Comino with the Saint Mary tower that prominently featured  in the movie ‘The Count of Monte Cristo’. The light was horrible and the colors are washed out. 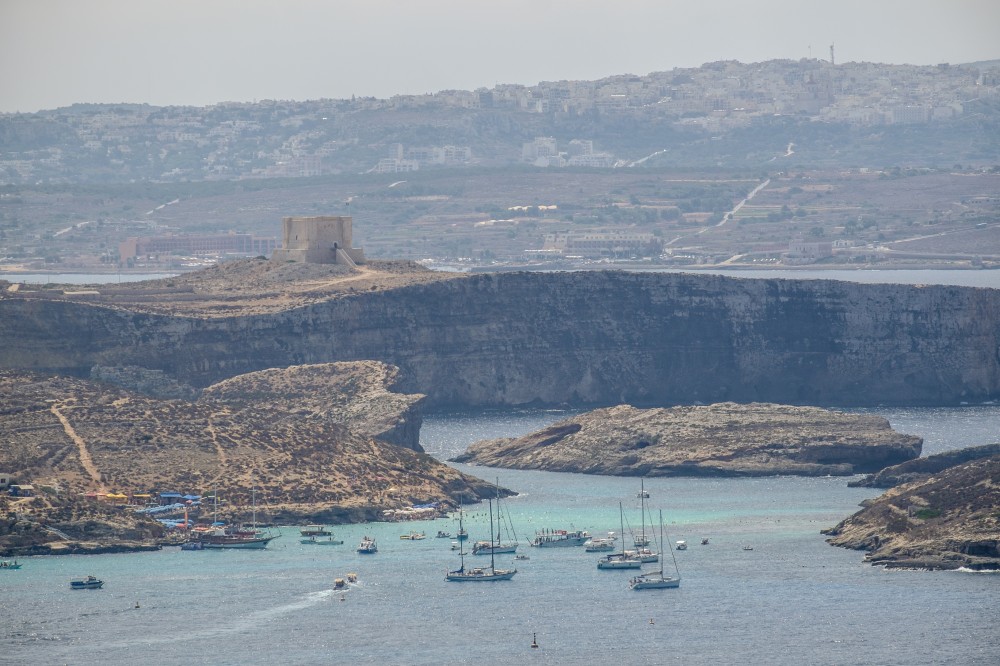 The horrible light around lunch time.

The resulting photo is definitely not a a keeper. But my son and I returned to the spot later in the day. What a difference a few hours make. This photo will have a place in our photo book from the trip: 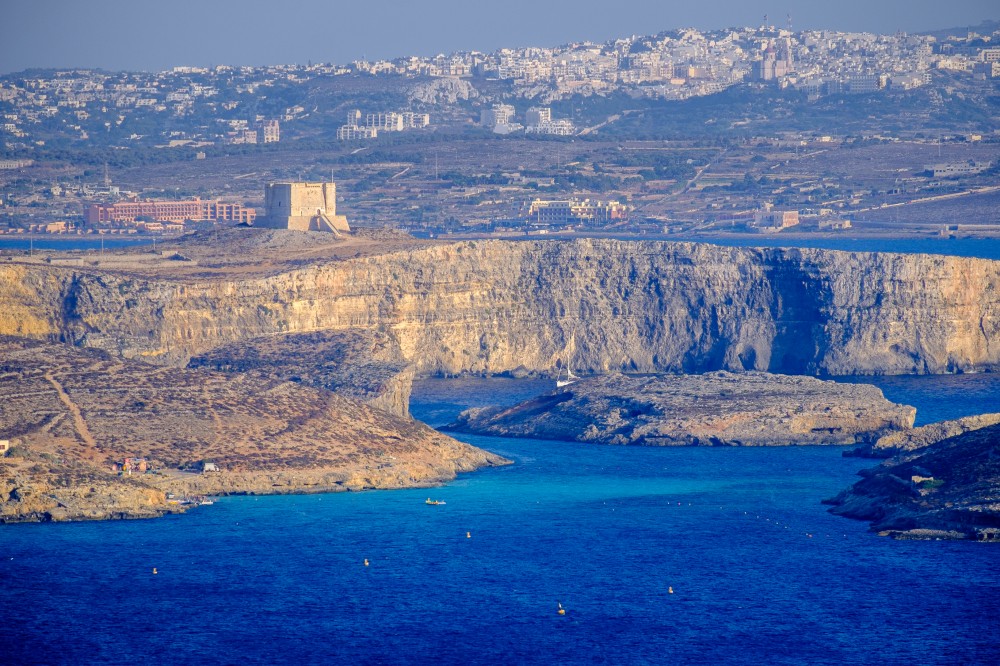 My favourite time of the day to photograph is the blue hour. It starts shortly after sunset and lasts for 20-60 minutes. The sky takes a very pleasing blue hue at that time. The contrast between artificial and natural light is also not that strong. It’s great for photographing cityscapes. Below is an example from Valletta, Malta. The first photo was shot around 6pm. The light is not that bad. But I returned to the scene around 55 minutes later to get the second shot. 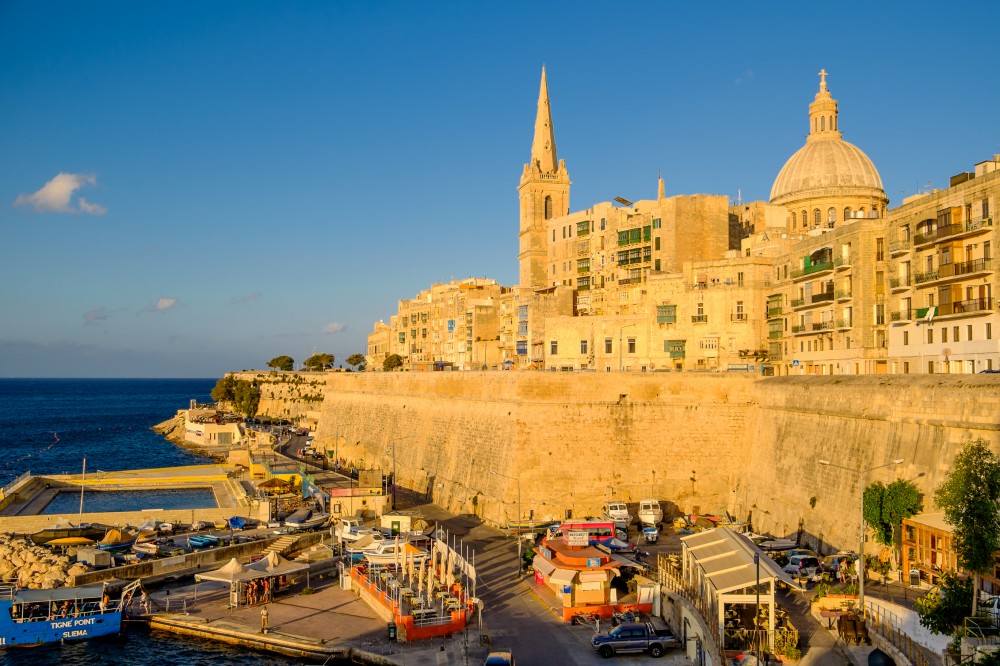 This photo was taken around 6pm 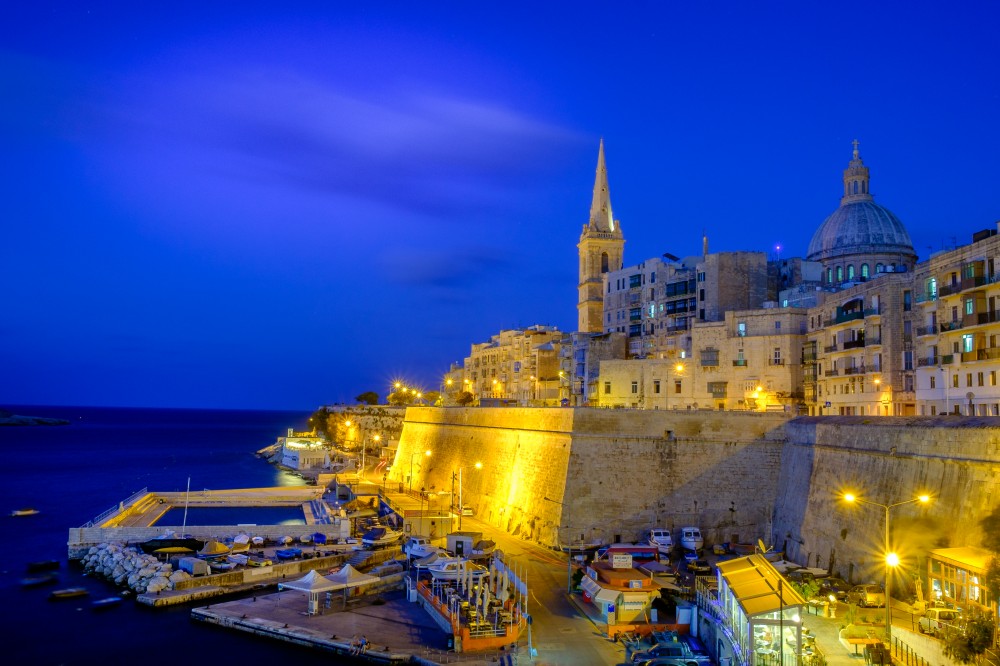 Here is another example from Golden Bay, Malta. The first photo was taken in the morning while I was out scouting locations. I returned after sunset to get the final photograph. 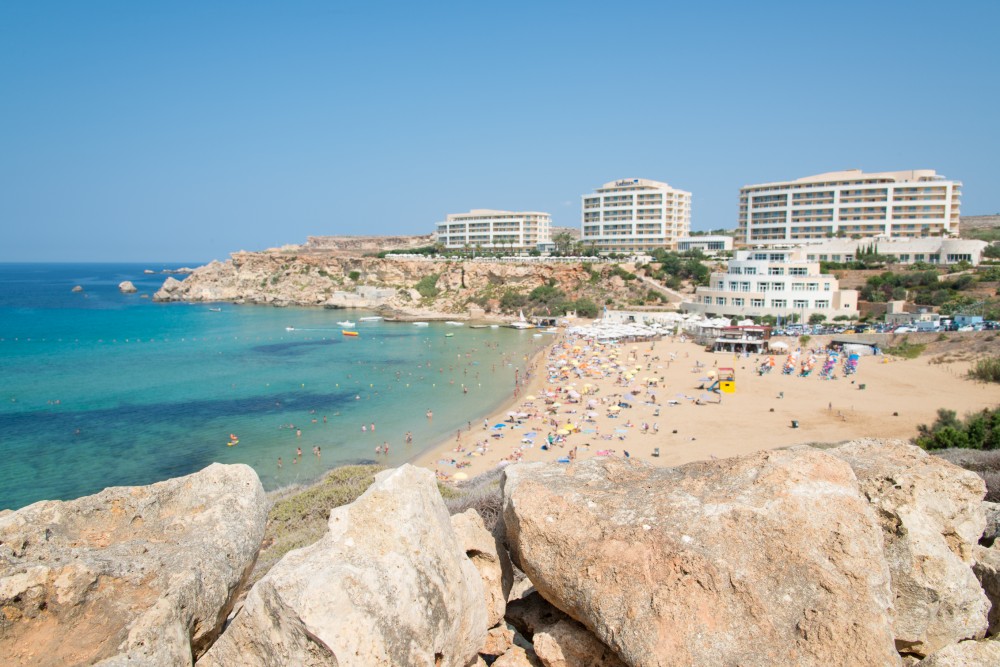 10am in the morning 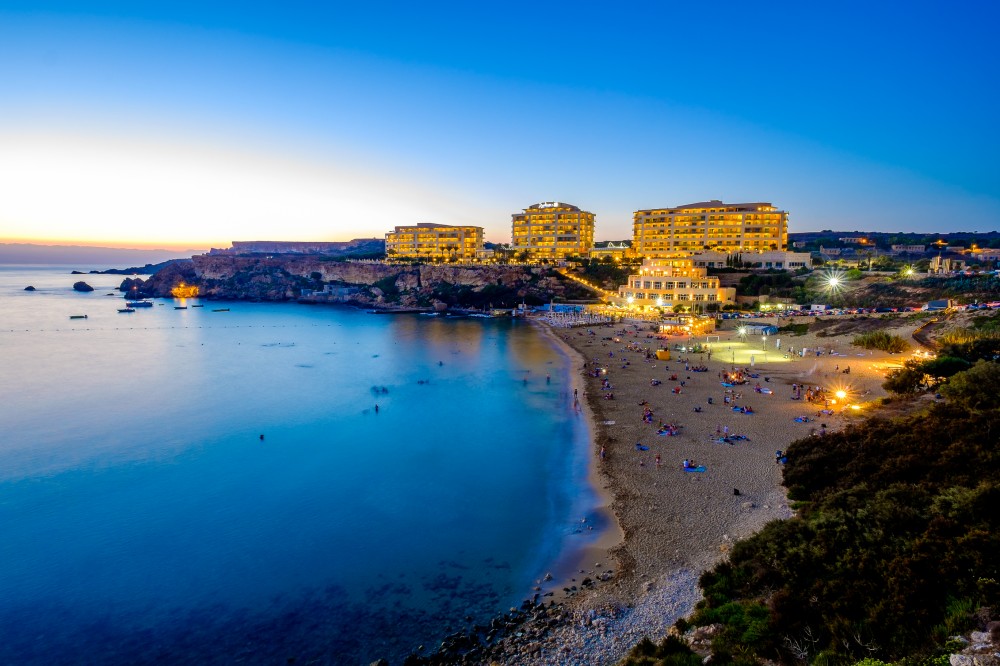 Next time you are out on a vacation get very picky about the light. Scout locations during the day and return at a time when the light is attractive. I personally love the blue hour but there are many other scenarios. Think about morning fog, sunrise, sunset etc.. If you are interested in this topic, I can highly recommend Michael Freeman’s book Capturing Light: The Heart of Photography

. There are a ton of ideas for leveraging different types of light to capture stunning photos.

All photos is in the post were taken with the Fuji XT-1.