Have you ever experienced an adventure that gave you goosebumps thinking about? Once in a while, some of us are lucky and witness something truly unique. Something that will stick with you forever. Together with my family and our awesome friends from Portland, we did something that none of us had ever done before. There are only two places on this planet where you can do what we did. I am talking about swimming with tuna. Not just any kind of tuna but really big 400lb+ fish.

Malta is currently one of the two places where you can swim with tuna (there is another place in Australia). How does that work, you think? Very simple: there is a huge tuna farm about 5 miles off the Maltese coast – right between Malta and Gozo. Nestled in the deep blue ocean, there are giant nets that keep the tuna inside their perimeter. A few smaller boats take groups of a handful people out there to snorkel, swim and dive whenever the weather permits. We had booked a trip with the fantastic team from Gozo-based Vitamin Sea. 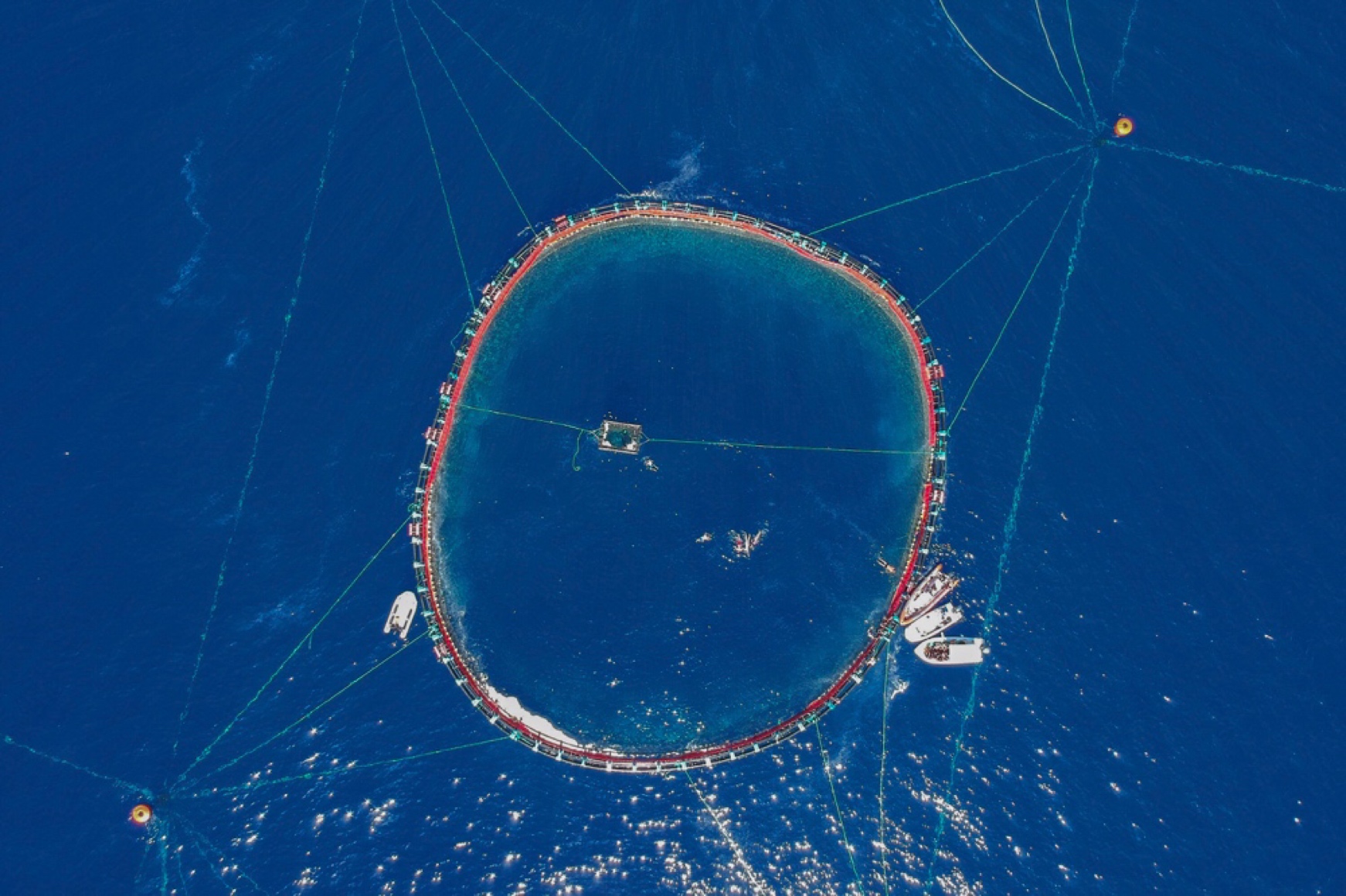 Part of the tuna farm from above

The trip to the farm itself is short and sweet. It takes around 20-30 minutes to get there. Once we got closer, our skipper Marc made an announcement that we thought was a joke: we were to supposed to leather up on sunscreen – not to protect ourselves from the sun but from fish oil. We arrived at the farm around ten in the morning which is the time when the breakfast buffet opens for the tuna, i.e. huge amounts of fish are being dumped into the nets. This brings up the gentil giants from the depths of the ocean but it also creates a film of fish oil at the top of the water which smells like Omega 3. 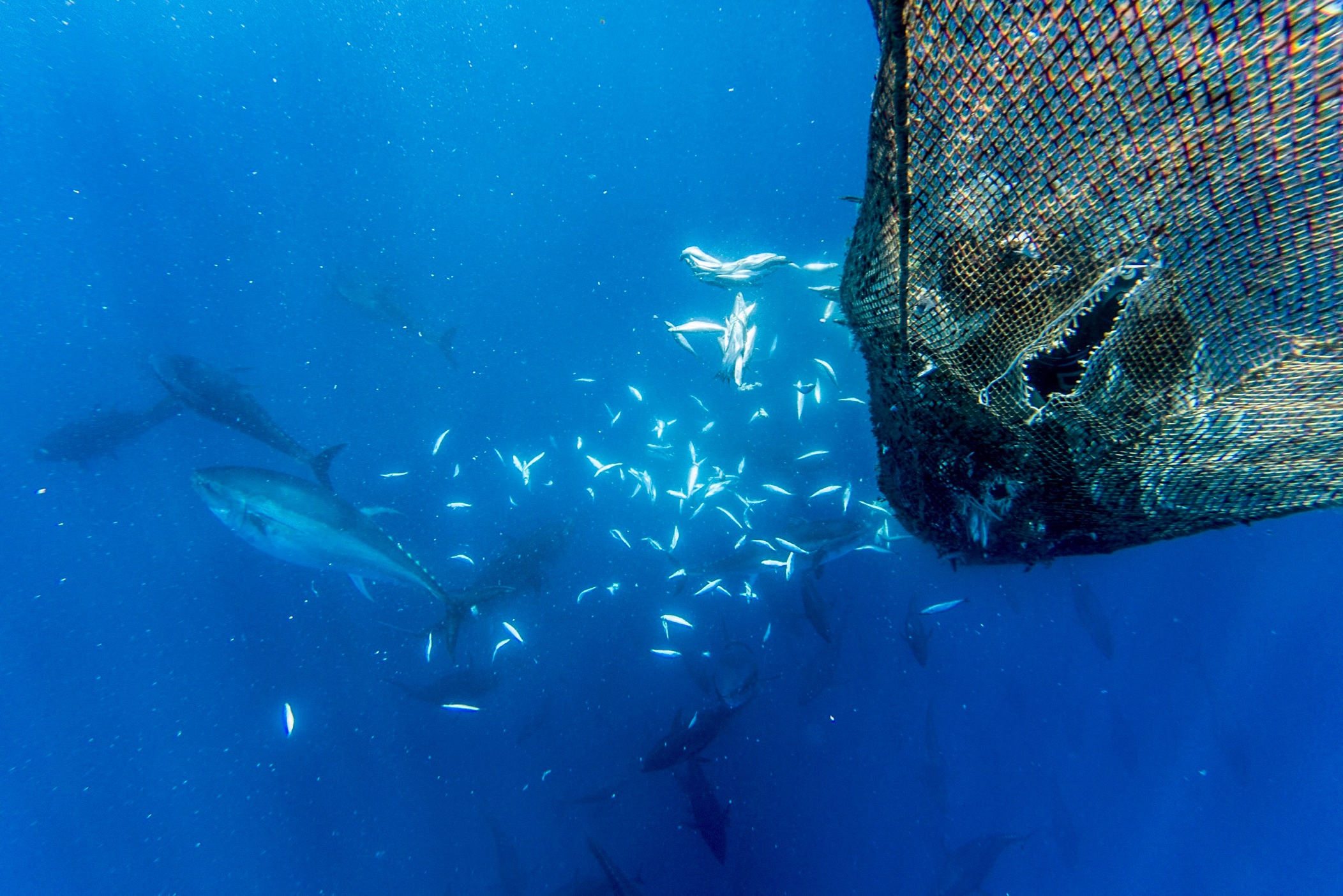 Upon arrival we were so giddy and excited that we jumped right into the circle and started snorkeling. The views were simply amazing and breathtaking. Vast amounts of giant tuna darted around in a feeding frenzy. The crystal clear blue ocean added tranquility to the scene. I just couldn’t get enough of the views. Some of the tuna were actually funny. There was this big silver dude who swam sideways in a circle (one of his big eyes facing upwards). Also watching them feed is quite fascinating – they suck the fish. 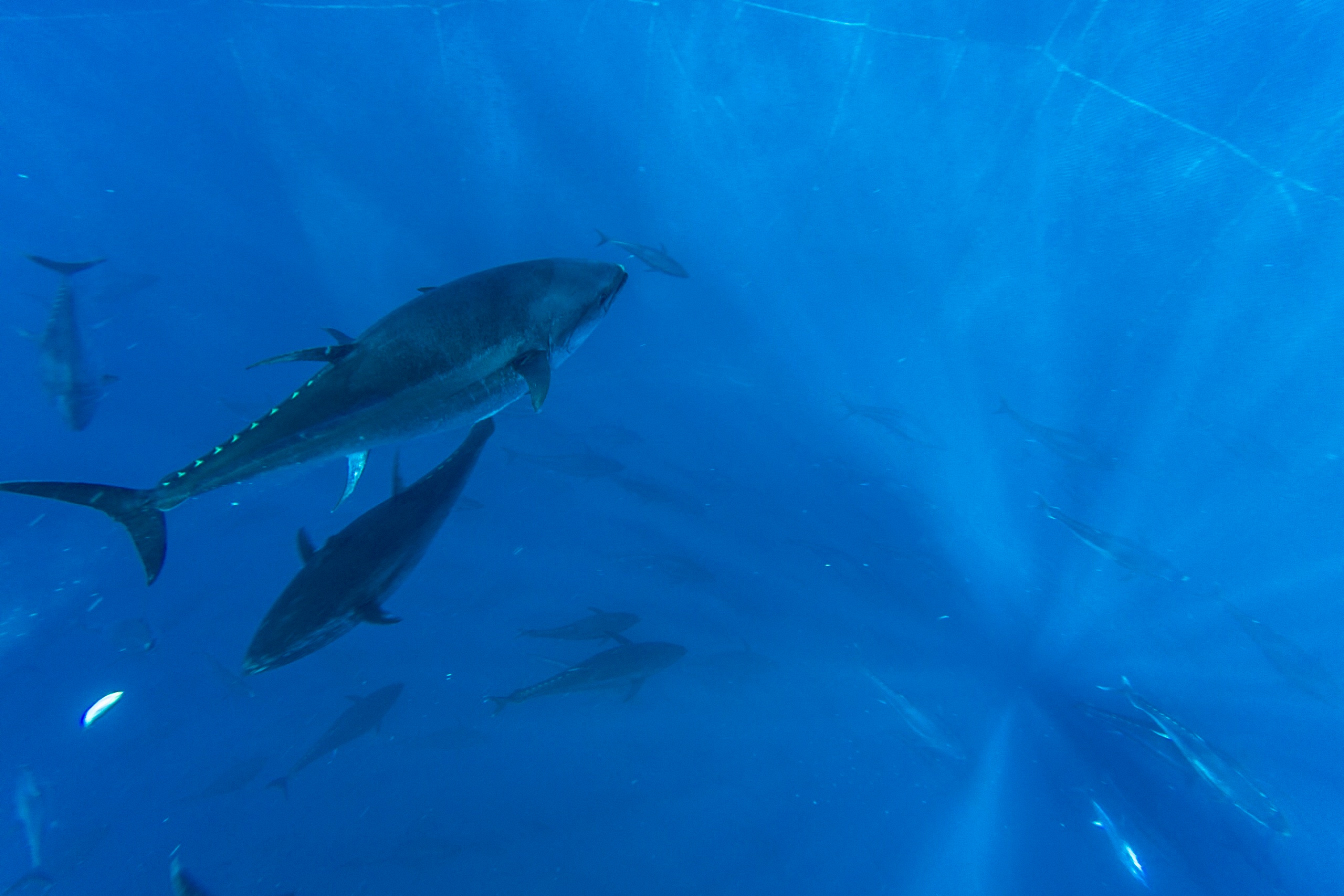 Tuna are big fish. And they move fast. The big question that lingered on everybody’s mind was whether it would be a scary experience. The clear and honest answer is that it wasn’t. On the contrary, we all felt tranquil and relaxed. Totally unexpected. Despite their size, tuna avoid you like the plague. They do not have scales and their skin can apparently get damaged from touching objects like human beings. Being in the water with them felt just right and meditative. Nevertheless, upon our arrival we did witness two people freak out – they literally started screaming when they saw the giant fish slice through the waters around them. But I suspect that they were afraid of the open the ocean to begin with. Oh well…. 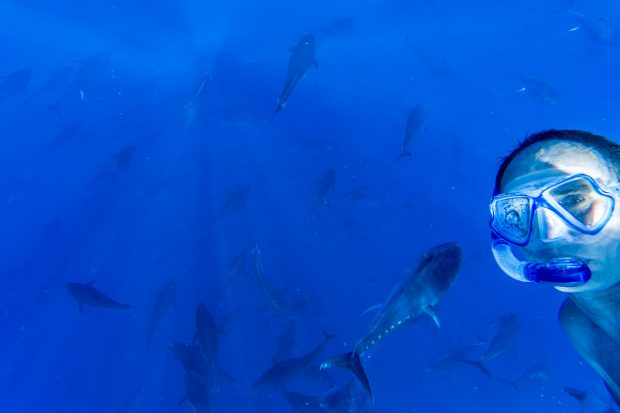 Time for a selfie

Swimming with the tuna was amazing. We spent close to 45 minutes in the ocean and it felt like 3. Upon getting out of the water, we knew why our skipper Mark had recommended putting on sunscreen: we all smelt like a walking barrel of fish oil. On the bright side, our skin felt really moist and smooth. Nothing that a few showers and plenty of shower gel couldn’t fix. 🙂

The giant and gentil fish are still on my mind and I am looking forward to doing this again in the near future. Thanks to Vitamin Sea – highly recommend booking one their trips in the islands.

All photos taken with the amazing GoPro Hero5.

Here is a short video from our amazing adventure

Time for a selfie